There will be success stories in this early stage of web3 excitement, but it will also pave the path for improved utility, accessibility, and maturity. Gartner describes the current position as existing between the “Innovation Trigger” and the “Peak of Inflated Expectations” in its Hype Cycle paradigm. As trials and implementations fall short of expectations or lose luster among the first wave of early adopters, we will hit the “Trough of Disillusionment.” The subsequent “Slope of Enlightenment” will symbolize breakthroughs in web3 application development, more prospective company charters, and greater industry and market benefits. Following that, the “Plateau of Productivity” gains general recognition.

Getting stuck in the current chapter of web3

Web3’s promise goes beyond the next big drop in trendy NFTs, a new alt-coin that will skyrocket with 1000% profits, and exclusive power in elite circles. Regardless, at the time of writing, Half of the mining output accounted for just 1% of Bitcoin miners. The top 2% of accounts control 95% of Bitcoin’s $800 billion supply. The top 9% of web3 accounts hold 80% of the $41 billion NFT market value. After perusing Forbes’ list of cryptocurrency billionaires, it’s difficult not to see this early stage of web3 as more rich than community focused.

“What comes easily will not last,” as the proverb goes. What lasts will not come easily.”

While this early version of web3 is fascinating, it also reveals flaws like NFT and crypto theft, plagiarism and forgery, as well as exclusivity and elitism. But, as Signal founder Moxie Marlinspike pointed out, this is a gold rush. Like in the early days of Web 1.0 and Web 2.0, the “beautiful” future of this chapter of the internet is currently competing with those wanting money and clout.

The next chapter of web3

We have a lot of work ahead of us if South Park is already dealing with NFTs. As everlasting optimists, however, we wish to create and build a more decentralized technology environment that goes beyond the hype and contributes to the “slope of enlightenment.” We must climb above social media’s drawbacks and big tech’s elitism (and early web3). Investigating data democratization and ownership among internet users and groups is crucial. Customers must be empowered by offering wallets, soul bound identity portability, and vibrant communities. We must work for a more egalitarian, ecological, and inclusive society for all.

Like every previous web generation, Web3 has the ability to completely alter how we conduct our daily lives. At the Web3.1 conference, the importance of people was emphasized.

If it involves people, relationship transformation—redesigning web3’s trajectory to produce ideas, inventions, and businesses based on relationships between users as well as those between organizations, assets, and people—offers the best possibility for innovation. Relationship transformation is the use of decentralized and trustless technologies to create new asset classes, productive, collaborative communities, and platforms that change users and consumers into stakeholders and owners.

We have a fantastic opportunity to influence the future.

We have the option of continuing on our current route or drastically diverting. We’re not only seeking to prevent the equivalent of Web 1.0’s dot-bomb era or Web 2.0’s ethics failure and data problem. We are taking a different path that gives web3 meaning and purpose, one that promotes a just society and has a long-term impact while giving people access, power, autonomy, and mobility. 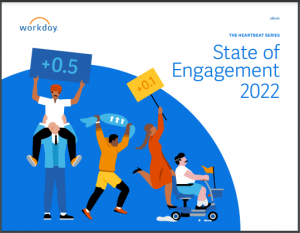