Nearly half of states are concerned about losing their jobs, so it’s high time everyone understood what layoffs and rightsizing mean and why companies do it.

According to the study, anxiety about layoffs affects 48% of employed Americans. Among those, 34% attribute the situation to recession-related anxiety, 32% attribute it to office rumors, and 30% attribute it to a wave of layoffs.

A layoff is an action taken by employers to terminate employees due to poor performance at work and other factors. Other reasons for firing employees include a reduction in the number of operations, the employer relocating, or plans to cut costs. All of this culminates in increased shareholder value.

Many people associate rightsizing with downsizing or layoffs. However, rightsizing entails more than simply firing employees in order to cut costs and increase profitability. In layman’s terms, rightsizing refers to shrinking the company to the optimal size that will allow it to meet its new business objectives.

By putting this strategy into practise, a company can fire employees as well as hire applicants with the necessary levels of expertise and relevant skills. Here, they can reassign specific employees to new positions to make better use of their internal expertise in other fields.

Top Benefits of Layoffs and Rightsizing for Businesses

By now, one should have a good idea of why organisations adapt or change their existing human resource strategy. Now, let’s look at how this policy change will benefit companies of all sizes. The top advantages of layoffs and rightsizing are listed below.

The primary goal of layoffs is to eliminate employees who are unable to provide something new to the organization or who are unable to meet its changing demands. This assists companies in weeding out candidates who perform virtually the same tasks as those in other departments. Employers save a lot of money by eliminating redundancies and unproductive salaries.

A strategically planned layoff can help the owner of any small or large company improve its profit margins in the long run. This is because every workplace has business units or even employees who have little to no impact on a company’s profitability. Companies can use the money saved by dissolving these units to invest in departments with higher returns.

Last but not least, building a team that adds value and helps an organization reach new heights is an undeniable benefit of rightsizing. This is due to the fact that, while implementing these HR models, employers have the opportunity to recognize team members who have performed poorly in the previous fiscal quarter or more.

Unfavorable market conditions frequently lead businesses to choose mass layoffs, rightsizing, and downsizing, as was previously mentioned. There is never a time when a company intends to let an employee go without good cause. Start looking for a more secure option if you believe that unanticipated circumstances are having a financial impact on your place of employment. 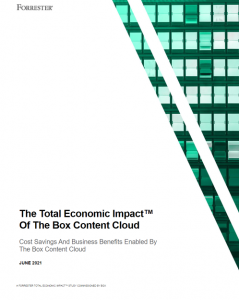 Next post The Total Economic ImpactTM Of The BoxContent Cloud