The information technology industry is one of the largest and most successful in the world economy. Due to ongoing revolutions and advances, this industry has acquired a lot of traction in recent years. The IT industry has long been known for its advancements and inventions for the benefit of the whole globe. The IT industry is responsible for half of all technological advancements and launches. Every day, fresh chances emerge for this business, and the best part is that it has never vanished from the face of the earth.

Let’s just talk about one new and popular segment of the IT industry which is the Internet of Things (IoT). The Internet of Things (IoT) is a network of physical devices to which they are connected to the Internet via sensors, applications, and other technologies to interact and share data with other devices and systems. The possibilities for the Internet of Things in the future are limitless. Breakthroughs in the industrial Internet would be driven by increased network mobility, enhanced artificial intelligence (AI), and the capacity to install, automate, coordinate, and secure complicated use cases at hyper-scale.

We see and utilize IoT gadgets daily, such as smart TVs, refrigerators, and air conditioners. We would have to use our mobile applications to transmit orders to these gadgets to control them. We also utilize portable IoT devices to track our heartbeat, blood pressure, and walking distance, such as smartwatches and wristbands. All of this is made possible by the intelligent combination of materials and software to create an IoT product.

The Internet of Things (IoT) has become a globally recognized technology. It has gained a lot of traction in a short amount of time. Furthermore, improvements in Artificial Intelligence and Machine Learning have simplified the automation of IoT devices. In general, IoT devices are combined with AI and machine learning systems to offer optimal automation. As a result, the Internet of Things (IoT) has expanded its application base to include a variety of sectors.

Scope of IoT in healthcare

In the healthcare market, the Internet of Things has been shown to have been one of the most valuable technologies. It assists patients, clinicians, and researchers in receiving specialized healthcare. There are a variety of services offered, including smart diagnostics, wearable technology for monitoring health, patient involvement, and more. Furthermore, Internet of Things applications have relieved the unwarranted strain on the healthcare system.

Scope of IoT in the automotive industry

In the twenty-first century, the Internet of Things is transforming the vehicle sector. Self-driving vehicles are amongst the biggest users, and they have shifted the automobile industry’s tendencies. Manufacturers created self-driving automobiles to eliminate human errors and provide a pleasant journey. Several companies throughout the world are working on self-driving automobiles.

Scope in the agriculture sector

Agriculture and farming drones are two of the finest Internet of Things applications. They’re utilized to improve the efficiency of agricultural procedures. In agriculture, drones are used to plant crops, water fields, apply pesticides, and follow the progress of the farms. With the use of drones, it’s simpler to check the health of crops. Smart IoT-based gadgets used to construct agricultural drones enable all of this.

The Internet of Things will undoubtedly become a significant part of our life in the future years. It is clear that the Internet of Things (IoT) will be a game-changing technology as it emerges in numerous areas today. All of this is possible because of the growth of the IT sector, which has a lot to offer the globe. 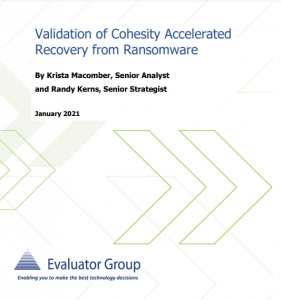