A cryptocurrency is a digital asset that uses blockchain technology to function as a frictionless means of trade, with ownership information for coins kept in a digital ledger. Several computers are used to manage and record transactions using the ground-breaking technology known as blockchain.

The term ‘fiat’ refers to the traditional and conventional ways of currency that we utilize, such as government-issued notes and coins. We believe in and value fiat currencies because governments claim that they have worth. However, because fiat currencies are not backed by any actual object, a rising number of people believe that this currency represents nothing and has no value. Different governments control their respective fiat currencies. Central banks in countries are utilized to create and destroy money in order to exert economic influence through what is known as’monetary policy.’

Governments also control how fiat currencies are transferred from one person or account to another, giving them the ability to monitor cash movement, levy taxes on it, decide who benefits from it, and uncover illegal conduct. When non-governmental organizations that distrust fiat currencies issue and use their own currencies, all control is gone. Banks are seen negatively by cryptocurrency fans because they profit from charging exorbitant interest rates on loans and other fees for services like foreign transfers.

Banks must operate under a regulating body established by a government since they are highly centralized. Banks are organizations that make decisions that have a significant impact on their customers without the users’ consent or desire. According to the government, centralization makes it possible for banking institutions to make better judgments more quickly and with a transparent line of command. The idea of decentralized currency is relatively new. Blockchain has made it possible to implement the wonderful notion of a decentralized network where a whole system will not be dependent on any one authority.

Cryptocurrencies also do not need any middlemen. Banks act as the intermediaries in the case of fiat currencies. An entry has been made in a digital ledger for cryptocurrency. Banks have served as mediators for a very long time, but today, transactions are powered by a network of codes and/or individual computers throughout the world. These digital currencies cannot be regulated or controlled by the government because no banks are involved, and what cannot be controlled is feared.

This cryptocurrency was created as open-source software based on blockchain technology, allowing users to conduct secure and transparent transactions. These transactions are accessible to all Bitcoin users, but the blockchain mechanism protects them. While all users can see a transaction, only the Bitcoins that they possess can be decoded using a private key that each owner receives. Bitcoin employs the SHA-256 algorithm.

Chainlink was created by Sergey Nazarov and Steve Ellis to bridge the gap between smart contracts and data outside of them. Chainlink, a fantastic and diverse sort of cryptocurrency, attempts to incentivize a global network of computers to deliver real-world and trustworthy data to smart contracts running on top of blockchain. In the crypto-world, smart contracts have been utilized for anything from inventing and deploying new crypto assets to developing fantastic crypto-financial solutions.

Litecoin, one of the first cryptocurrencies to follow in the footsteps of Bitcoin, was established in 2011 by Charlie Lee, an MIT graduate and former Google employee. Litecoin was created with the goal of building on Bitcoin technology, which completed transactions in less time and with cheaper costs. It was made available under the MIT/X11 licence. 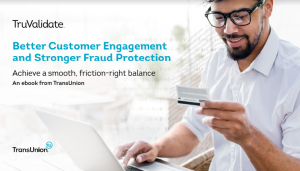 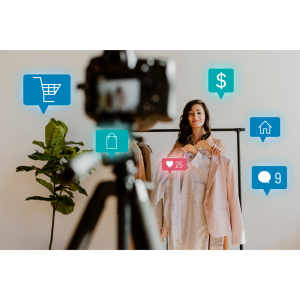 Next post Growth of Influencer Marketing in Today’s World

Work culture is an essential component of any organization. It establishes the context for everything that occurs within an organization....

Digital marketing is becoming more fascinating and difficult every year. Digital marketers must contend with new rules in social media,...

Every organization must put its growth first. Every company strives to raise the bar for the services it provides as...

The diversity education and training that employers offer in an effort to counteract bias, harassment, and discrimination at work is...

B2B companies employ a variety of marketing strategies to boost sales. The majority of marketers undertake campaigns that aim to...

Video marketing is simply the marketing technique of using videos to communicate with your target audience. This is not a...